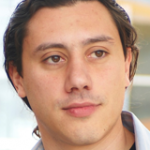 Towards a predictable cloud

Abstract: These are exciting times for networking technologies in the cloud. One of the key requirements for high-performant applications in today’s multi-tenant datacenters is performance predictability, a traditionally elusive property for a shared resource like the network. Yet, online services running in infrastructure datacenters need such predictability to satisfy applications SLAs. Cloud datacenters require guaranteed performance to bound customer costs and spur adoption. In this talk, through the story of the Predictable Datacenters Project at Microsoft Research which resulted in key QoS features in Windows Server, I will describe how simple abstractions and mechanisms can offer predictable performance for shared cloud resources like the network and even storage.

Biography: Thomas Karagiannis is a senior researcher with the Systems and Networking group of Microsoft Research Cambridge, UK. His research interests span most aspects of computer communications and networks with his current focus being on data centers and the cloud. His past work spans Internet measurements and monitoring, network management, home networks and social networks. He holds a Ph.D. degree in Computer Science from the University of California, Riverside and B.S at the Applied Informatics department of the University of Macedonia, in Thessaloniki, Greece. Thomas has published several papers in the premier venues for computer communications and networking and has served in several of the corresponding technical program committees.

Abstract: In the last years, information communication, computation and storage technologies are jointly reshaping the way we use technology, meeting the future needs of a wide range of big data and artificial intelligence applications and, paving the way for a full customized autonomous user experience. In 2020 the 5G -Next Generation Communication Networks is expected to be operational and a global game changer from a technological, economic, societal and environmental perspective. 5G industry is intensively working today on designing, prototyping and testing fundamental technological advances to deliver the promised performance in terms of latency, energy efficiency, wireless broadband capacity, elasticity, etc. Nevertheless, many experts says that the next big step for cellular networks is not 5G, it is the cloud.

Biography: Dr. Emilio Calvanese Strinati obtained his Engineering Master degree in 2001 from the University of Rome ‘La Sapienza’ and his Ph.D in Engineering Science in 2005 on Radio link control for improving the QoS of wireless packet transmission. He then started working at Motorola Labs in Paris in 2002. Then in 2006 he joint CEA/LETI as a research engineer. From 2007, he becomes a PhD supervisor. From 2010 to 2012, Dr. Calvanese Strinati has been the co-chair of the wireless working group in GreenTouch Initiative which deals with design of future energy efficient communication networks. From 2011 to 2016 he was the Smart Devices & Telecommunications European collaborative strategic programs Director. Since December 2016 he is the Smart Devices & Telecommunications Scientific and Innovation Director. In December 2013 he has been elected as one of the five representative of academia and research center in the Net!Works 5G PPP ETP. He is currently one of the three moderators of the 5G future network expert group. Since 2016 he is the coordinator of the H2020 joint Europe and South Korea 5G CHAMPION project.
E. Calvanese Strinati has published around 100 papers in international conferences, journals and books chapters, given more than 50 international invited talks and keynotes and is the main inventor or co-inventor of more than 60 patents. He has organized more than 50 international conferences, workshops, panels and special sessions on green communications, heterogeneous networks and cloud computing hosted in international conferences as IEEE GLOBCOM, IEEE PIMRC, IEEE WCNC, IEEE VTC, EuCnC, IFIP, and European Wireless. 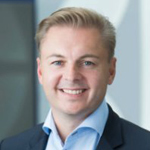 Electrolux and IoT – driving transformation for speed in a traditional industry

Abstract: IoT, or Connected Appliances as it’s referred to in white goods, is a technology driven revolution which changes the business landscape for Electrolux in a very fundamental way. This session will cover how IoT is important for Electrolux, in what ways it drives change in the organization and how new ways of working combined with new technology like Cloud enables the company to reach ambitious goals.

Biography: Following a degree in Computer Science at the University of Uppsala, Sweden, and 20+ years career in the IT industry, Mr Stefan Berg joined Electrolux three years ago as global head of IT Operations. He’s now VP of Connected Consumer Solutions; the team that is responsible for the IoT ecosystem in the group. Prior to Electrolux, Mr Berg was CIO of Com Hem, the major triple play telco operator in Sweden, where he achieved large scale agile transformation. This followed 15 years in consulting in various leading positions always centered around internet based services for commerce, mobility and content management.