The Czech Republic (Czech: Česká Republika) is a landlocked country located at the very heart of Central Europe and covers the territory of the historic lands of Bohemia, Moravia and a part of Silesia.
It borders with Poland to the North (761.8 km), Germany to the Northwest and West (810.3 km), Austria to the South (466.3 km) and Slovakia to the East (251.8 km).

This small nation boasts a host of spectacular cultural treasures and a varied, rich tapestry of natural wonders.

From the physical-geographical point of view the Czech Republic is situated on the divide of two mountain systems of the Bohemian massive and the Western Carpathians. The main European watersheds dividing the river basins of the North, Baltic and Black Seas pass through the territory of the Czech Republic.

Thanks to Czech Republic position in the heart of Europe the country has been confronted with various cultural influences and architectural styles in the course of its history. Since the country suffered little damage during the World War II, nor destruction due to redevelopment projects, a rich cultural heritage has been preserved.

In the Czech Republic there is a total of 12 properties inscribed on the UNESCO World Heritage List, 4 folk masterpieces (elements) inscribed on the Representative List of the Intangible Cultural Heritage of Humanity and 6 UNESCO Biosphere Reserves.
For further information about the Czech Republic, please visit:
http://www.czechtourism.com/home
http://czechrepublic.com/
http://en.wikipedia.org/wiki/Czech_Republic
http://www.czech.cz/en – the official Czech Republic web site (operator is Ministry of Foreign Affairs) 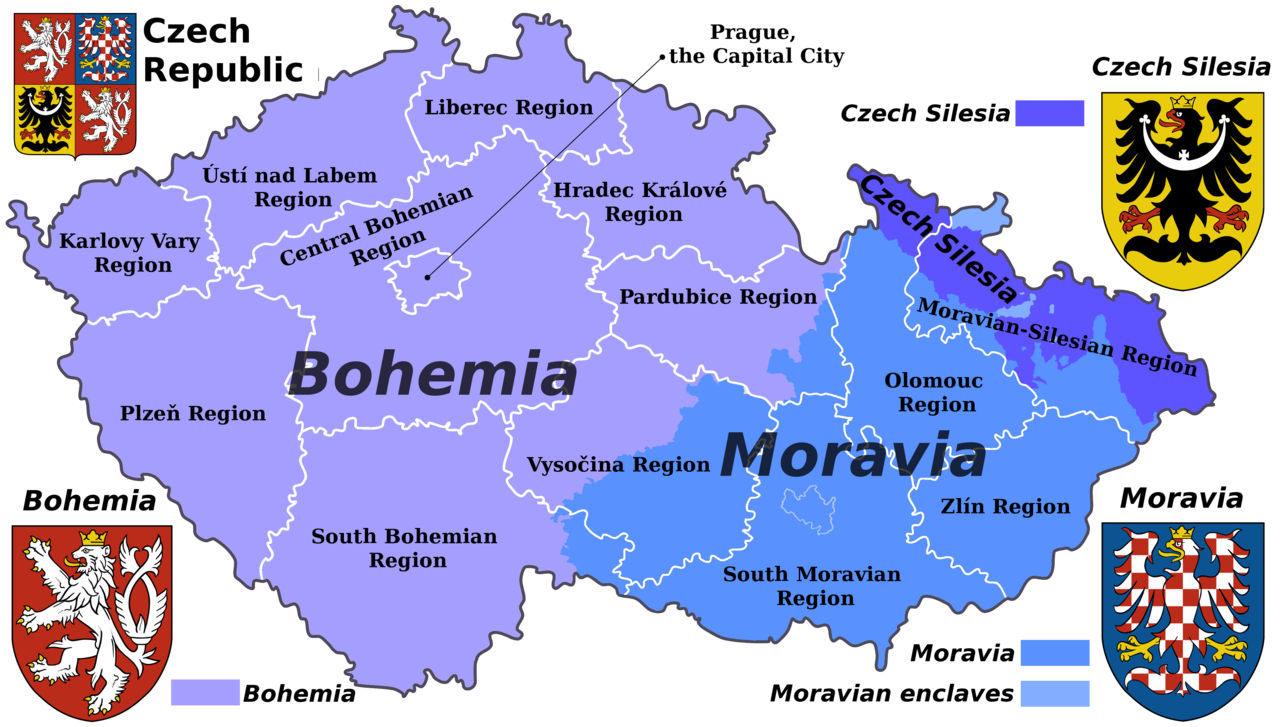 Map of the Czech republic showing the borders of its historical lands and the borders of the current administrative regions (kraje).
By Lukáš Mižoch, Millenium187, wikipedia.com, CC BY-SA 3.0